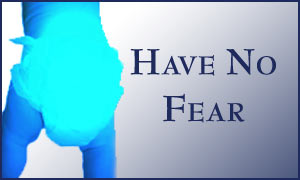 I took my 2 year old daughter to play school a few weeks ago. In many ways it was a blast from the past as I had taken my now “big boy” 4 year old son to the very same location when he was two. The owner/operators were still the familiar friendly duo of ladies singing tunes, creating crafts, doling out snacks, and finishing up with story time. Even the parents in attendance gave me a striking feeling of deja vu as the faces may have changed but the characters remained the same. Yet there was a distinct difference. I was not the rookie parent in the room anymore. At four years into parenthood, I felt the confidence and swagger of an experienced veteran Dad. “Step aside rookie parents, Big Poppa’s in the house!” Yet my glorious coronation as King of all Dads would need to wait. My daughter threw down the gauntlet by declaring in no uncertain terms, “Daddy, I have a squishy diaper!”

I did not panic. Well, not at the level of rookie parent anyway. I lifted my daughter up, elevating her body with my arms extended as to not saturate my own clothes (see, a rookie parent would have gotten wet), grabbed her diaper bag and took her to the nearest restroom. The restroom did not have a changing table. It did have a sink with a large counter surface area. I opted for the standing diaper change. In a few swift moves I had a new diaper and clean pants placed on her. I could tell my daughter appreciated Daddy’s Diaper Fu skills by her well placed pat of approval on my back. A few moments later she returned into the mix of things with the other children.

Within milliseconds I found myself mediating the great dinosaur debacle. My daughter and another child apparently had become attached to a particular T-Rex. Unfortunately there was but one of these cuddly carnivores in the entire play area. As the tug-a-war ensued I knew I would need to step in since the other child’s parent (no doubt a rookie) was missing in action. As if in a slow motion scene from a Martin Scorsese film, I saw my daughter retract her right arm to set up this unsuspecting child for a well placed right hook. I leapt “Noooooooo!” and successfully blocked her fury. In the corner of my eye I spotted an appealing Stegosaurus. Making use of finely honed negotiating skills (“Who wants to play with this silly saurus?”) a peace was brokered.

Later on my daughter enjoyed snack time with the other children as well as clean up duty. Bubble time ended what turned out to be an eventful return to play school. Yet this battle tested Dad emerged unscathed. That is of course until my daughter announced to me in the car, “Daddy I got poo diaper.” The adventure continued…

What do you bring the table as an experienced parent? How do you react to other parents and children who are still learning the ropes of parenthood?

One thought on “Who’s afraid of a Squishy Diaper?”