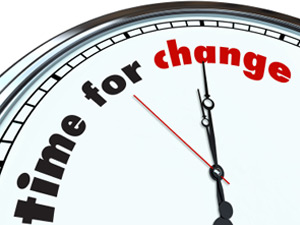 My wife had unexpectedly returned from her commute to work last week one morning. An overturned tractor trailer had made the road impassable prompting her to work from home rather than sit in unbearable traffic for several hours. Understandably, her stress laden experience had caused her to be irritable which was quite obvious from the tone of her voice. I listened to her vent, helped her get settled, and she began to work at her laptop. My 2 y.o. daughter, disrupted from her normal routine with just me, became incorrigible when her demand for attention was not being met to her satisfaction from her Mommy. Little did I realize these chain of events would unleash the perfect storm.

I was able to provide a proper distraction to free my wife to continue with her work day. Yet it did not end there. Instead I was treated to a barrage of harsh criticisms about every aspect of my parenting methodology. Despite the fact that I have been successfully parenting my two children as a stay at home Dad for almost 2 years, I had been reduced in her tirade to a bumbling dumb man incapable of the parenting competence of a woman. Yes, this misguided stereotype, to my surprise, was alive and well in my very own home. A minor heated exchange followed which produced fruitless results. I left in a huff with my daughter in tow to the playground. I did not want to further alter her routine.

The park, and the playground in particular, can be a wonderful place to think. While pushing my little girl on the swing I had the clarity of thought to realize my wife’s reaction was not completely her fault. Even though it is the 21st century, parenting remains in the eyes of the mainstream media the domain of women. Men, for the most part, are still being characterized as clueless dolts, comically stumbling their way through parenthood. Even articles that supposedly shed light on men’s roles as Stay at Home Dads instead are laced with outrageously foolish allegations such as the deconstruction of one’s manhood one diaper change at a time.

In my first post for DadRevolution aptly titled “The Revolution Begins from Within”, I wrote the following:

Overall, the parenting landscape has begun to shift dramatically towards an equal partnership between men and women.  A partnership in which men and women are not interchangeable in their roles as Fathers and Mothers, but rather complement each other in a concerted effort to provide the best upbringing for their children.

Apparently, even at home, the revolution has just begun. I’m happy to report that my wife and I came to an understanding that it’s okay for our parenting styles to be different. We each play an important role in the lives of our children. We should build on each others strengths rather than waste energy trying to tear each other down. Challenging days lie ahead, but certainly not insurmountable. Over time, I believe men will garner the respect they deserve as parents. Every day’s an opportunity to earn it.

What do you think?