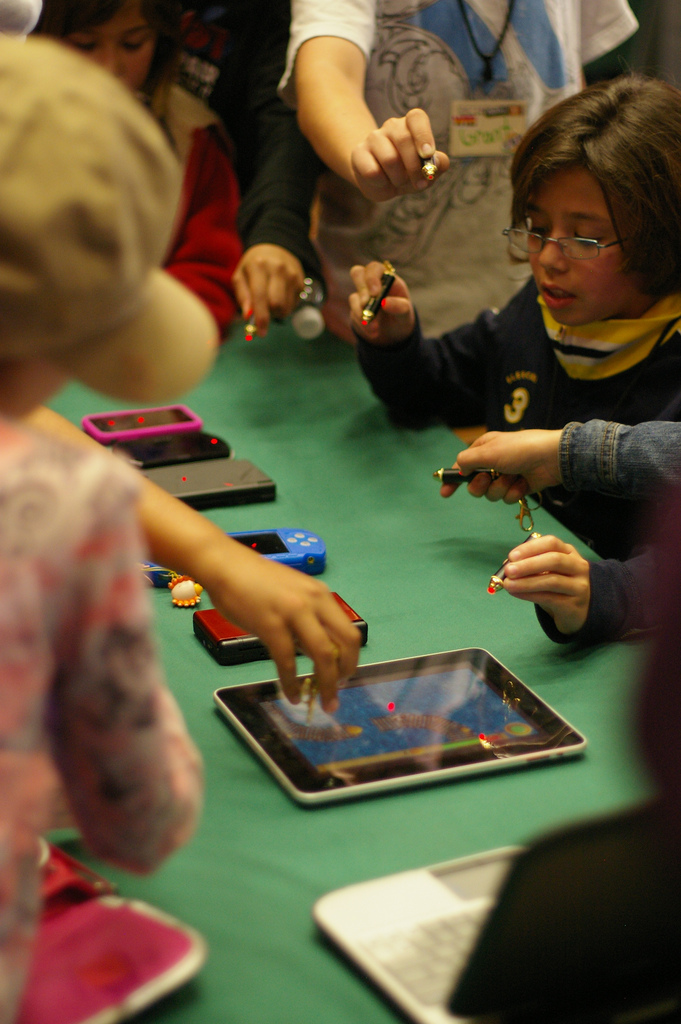 An interesting question was posed recently: What are we losing as our kids are growing up on google? There’s an overarching thought to this which is much broader than what I’m going to deal with here on Dad Revolution. I will however answer the broader implications on my own blog. The reason for taking a narrow focus in this post is because I want to drill down to what it means for fathers. I mean, that’s why you’re here reading right? It’s all about dad and family.

I’m going to broaden the question a little, “zoom out,” if you will. What are we loosing as our kids are growing up digital? I believe that is the heart of the question. The answer: a lot. It doesn’t have to be that way, though for far too many children, I fear they will get away with far more than I did when I was a tween/teen and it will be to their detriment. We already see the symptoms of what they’re getting away with in the news. So much more to get into and leave parents in the dark about when you can send a text message via your cellphone or an email/tweet/poke via whichever computer or mobile device your child finds themselves on. Then, so many parents are ill prepared because they feel they don’t have to begin educating themselves when their children are in elementary but they don’t realize that by then it’s too late. Our children are exposed to so much by their peers before we’ve even had a chance to educate and do some pre-emptive explaining, if we’re not careful. And when they themselves hit the digital world, they don’t do it in stops and starts! Often, it’s zero to sixty and they don’t look back. It will level off eventually but it will be a few years before that happens generally. Sorry, I’m waxing tangential here but “rant” is in my veins.

So, what are we missing? Well, since many dads look forward to being able to “impart” or teach things to their children, I guess that’s as good a jumping off point as any – actually, I think we’ve already jumped or in my case, cannonballed so I’ll get right to it. TEACHABLE. MOMENTS. When we’re not proactively involved in our children’s digital lives, mom and dad, that’s what we’re losing. I’ll give you an example. I have a daughter who developed very young. You know what I’m talking about fellas. We all remember “that girl” in school who caught our eye as we were still too young to fully know why but we knew she looked, ahem, “different” than all the other girls. Yeah. That one. So, instead of pulling my hair out and cleaning the AR-15 I began talking to my daughter in very frank language about how and why she was going to be popular in Jr. High. She couldn’t understand why she couldn’t wear some of the things her less filled out peers were wearing and I would always tell her that her shirts had to be a certain kind….you can’t leave the house with ANY cracks showing is the rule. She thought I was insane until one day I was perusing her Facebook account (we’re “friends”) and saw a photo she was tagged in. Wasn’t a terrible photo by any means, but a person who was obviously taller than her had taken it and more crack than I cared for was showing (ie, cleavage). I asked her to have it taken down, but used that moment to reinforce why I had the rule I did about how low her shirts could be and guess what…..she got it! She was able to see what I saw in that picture and it made sense. TEACHABLE. MOMENT.

Last year, before my son entered Jr. High I explained to him that he’d have that one guy friend out of his group friends who was a pervert. We’ve all had a friend like that and I wanted to prepare my boy for this. It’s a little more serious these days with cellphones and sexting than when I was a kid so I told him that if anything pornographic came to his phone that he was to delete it immediately and tell that friend not to send material like that anymore, or I would. I have Mobile Watchdog on his phone which allows me to see every single thing that goes through his phone at my discretion. Lo’ and behold, a friend sent him a joke email with a morbidly obese nude woman in it and I saw it and we had a discussion about it. I waited to see how he was going to handle the situation first before saying anything, but I knew about it and could deal with it if necessary.

With our children, growing up Google, there is so much potential to miss those character building moments when we catch them doing wrong AND right and are able to praise or correct and I see that as the biggest potential loss. When I was a hormonally driven boy, I had my own phone in my room, but it was a landline and there was always the fear that my mom would pick up the phone by accident and hear me getting my “mack on.” My sons won’t have that fear because the technology today allows them a level of autonomy and responsibility that they’re not ready for and that’s why we dads have to be vigilant as ever and as shrewd about tech use in our homes as possible. I always look at us men as protectors, but it has to be more than just physical protection. We have to do more than just get up and check out the bumps in the night. We have to protect from emotional harm as well as physical injury and when we lose moments to correct, we lose opportunities to protect. We all know by now the positives in the use of technology but it’s the caveats that we have to be ever vigilant about and help our children navigate. We still need to give them room to stand on their own and fall as well so they can learn to pick themselves up but not being present and proactive while they grow up Google can have lasting effects which could hinder them well into their adult years.