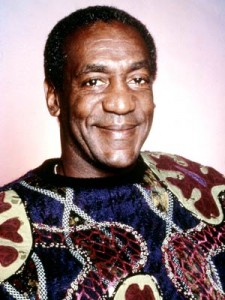 When was the last time you saw a cool, helpful, knowledgeable dad on a tv show? if you’re already saying Cosby you could be right – do you know how wrong that is?! it went off the air in 1992 – we’ve seen nothing since ok some people would argue that Parenthood could be the bright star in the sky but its too much drama and very little interaction of dad.

I’ve been on this kick lately that ever since Al Bundy or Homer Simpson the roll of father has become a kicking post.  I believe some of it is to better engage women but really its been the dumbing down of dad.

I’ve only seen two versions of a Dad being shown the drooling idiot father or the Jimmy Stewart too go to be true 1940’s dad that actually respected his wife (way before the time when that was happening).  I get that the feminist movement has changed the way women look at men and its certainly has changed the way men look at home. We’ve reached a point where there are more stay at home dads then ever, more work at home dads, dads who work but still have involved upbringing with their child.

I think its time we start getting the role of dad straight – we’re not all drooling idiots like we do on TV. We are fathers, care takers, bread winners, lovers, husbands, friends, and family. I want to see that new age dad reflected in our media culture.

I also wouldn’t mind having one of those awesome Cosby sweaters from the 80’s.

Who is DaDa Rocks? I’m Adam Cohen. A native New Yorker (born in Manhattan), professional web programmer/designer, information architect, and all-around techie. I graduated from Rochester Institute of Technology with a BFA in New Media Design & Imaging. I’m father to Marc (now 22 months old) and husband to up and coming photographer, Suzanne Cohen. View all posts by DaDa Rocks!