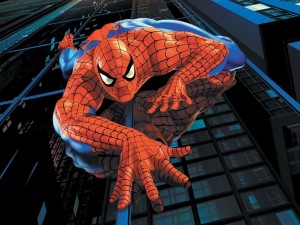 I admit it, I like comic books. When I was a kid I was obsessed with comic books. Give me a great old Spiderman or X-Men comic and I would be ecstatic. I have even kept the comic books that I collected when I was a child. Do I know what I will do with them in the future, no, not really, but I am pleased that they were not thrown out or given away as I have heard that some parents did once their child left the house for college (thanks mom and dad!).

What I liked most about comics was that they transported you to another world away from your own and you could imagine and dream about the possibilities that lay in front of you. You could see yourself as a teenager (when you already think of yourself as a mutant) gaining superhuman powers and working to save the world from evil men and women who were out to take over the world.

Was anything that I read reality, no not really, but there were many 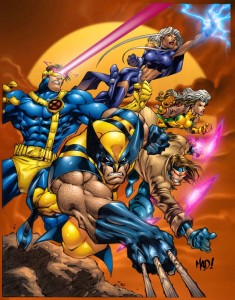 underlying concepts regarding teamwork, friendship and loyalty that surrounded many of the comics that I read on weekly/monthly. These concepts are ones that even today remain as important to society and to personal growth and development.

So while I don’t know what I will do with my comics in the future, I do know that I would like to start sharing the comics with my daughters as they get older and are able to read on their own so that they too can come to appreciate the value and beauty in the comics that I saw in them as a child. I also hope that they can use their own imagination to see themselves as superheroes in one way or another. Now I am not saying that they should go and try to fly by jumping off a building or anything to that effect, but instead seeing what being a hero means and living up to this on a daily basis.

So for all of you, what type of superhero would you choose to be if you could?

I am a dad who works in Higher Education Administration by day and by night a dad to two girls (divas). I was born in Michigan and after some moving around the Midwest due to working for several colleges and universities, I am back living and working in Michigan and loving it! I started Dad of Divas as a way to document my experiences as a father as well as talk about important parenting tips that I have run into in my time being a Dad. As most blogs have, my blog has changed some over the last 2.5 years, but I have to say that I am still enjoying what I am doing and sharing with other parents that are out there. You will notice in my posts that I definitely do not have all of the answers (that’s for sure) but I am always willing to try something new to make my job as a parent easier (if that’s possible). I am so pleased to be a part of the group of revolutionary fathers who are, as I, working each day to be better than they already are, and are doing whatever they can to help their children to be the best that they can be! View all posts by dadofdivas