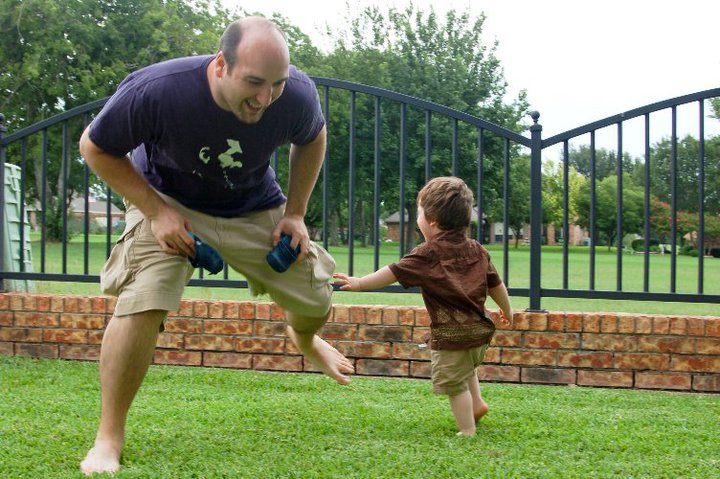 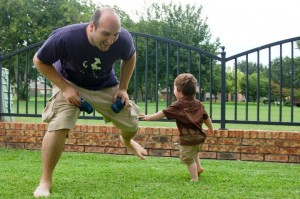 Being a parent is tough stuff… and some how our parents wont ever let us forget how awful we were as kids, so I’m sure I wont let my child forget when he gets older. I’m a dad to a wonderful son named Marc, he’s just a few months over two years old and boy has shit hit the fan.

The terrible twos started at 20 months old for him, when he really started to say No. No. No. No. Even to the simple questions do you want to eat? no. do you want to have your diaper changed? no. These are clearly things I would want to say Yes too. Of course I tested this theory of life out by offering known treats like do you want a cookie? Yes. do you want to watch more Yo Gabba Gabba? Yes.

It’s been great to watch him develop right in front of my eyes. From the days of non-verbal communication, to now him slurring out full sentences. Ok… he fully has to repeat and still use some non-verbal tools to get me to understand what he really is saying but he knows what he wants to say and he thinks he’s saying it.

Which leads me to my title I am your father. And don’t you forget it… We’re beyond the testing phase not we’re at the all out crossing lines. You know the fighting to hold hands to cross streets, usually he wants to do it himself or be carried no in between. There is little I can do to hold him when he doesn’t want to be held, because his feet hang in a good sweet spot of my lower gut.

I’ve started talking back to him and I find myself saying it – because I say so or I’m your father and all the other great dadisms out there. He reacts well depending on his mood or depending on which way the wind blows or if the groundhog saw its shadow.

It’s a fun ride parenthood – I’m sure the stories I’ll tell my kid will make him the next year plus just like my parents have been telling me what a hell raiser I was at his age.

Who is DaDa Rocks? I’m Adam Cohen. A native New Yorker (born in Manhattan), professional web programmer/designer, information architect, and all-around techie. I graduated from Rochester Institute of Technology with a BFA in New Media Design & Imaging. I’m father to Marc (now 22 months old) and husband to up and coming photographer, Suzanne Cohen. View all posts by DaDa Rocks!