On Sunday night Aaron over at Father Folk wrote an open letter to the dads over at Dad Revolution, a letter challenging us to be more. Please take five minutes and go over and read the letter before we continue….

You read it right? Good stuff huh. That letter went up late Sunday night, was taken down and then went back up Monday night. You see Aaron took a little heat for posting that, it seems some still don’t get the spirit of his challenge. Aaron is not a fighter on the playground calling us out, but a friend in the locker room spurring us on. That is how I interpret it anyway, and I think he’s right. Well I think he’s mostly right anyway. I disagree that engaged parenting from fathers is the new just showing up. I think we get clouded by the dads that are blogging about their kids and how they parent. It is a self selecting group but a small percentage of fathers. Most of the dad bloggers are engaged dads, otherwise they wouldn’t even be writing about parenting. They would have blogs on Bass fishing or model train collecting. There is still a large percentage of dads that are not even showing up at all. Those guys don’t know their kids birthdays let alone blog about twenty toddlers that screamed when the clown came out.

Now I don’t know how to do that exactly. I’m still working on translating dreams into action plans but highlighting groups like The Mentoring Project is one way of starting. Connecting with dads locally is another way to start and as more of these actions come up I will continue to write about them. I will also use my every other week post on Dad Revolution to call more to action. But I’m still going to tell the day to day stories of my family and my friends. I want to do the same thing with this blog that I try to do with my kids and that is be the person I want them to grow up to be. If I want them to eat their veggies, then I will. If I want dads to get on the floor, then I will and I will write about it. Thank you Aaron for calling us to action not calling us out. I for one accept the challenge. 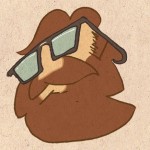