About a year before my daughter was born, I wrote a book called Bro-Jitsu: The Martial Art of Sibling Rivalry. The book is basically a chronicle of all the different ways that my brother and I used to torture each other growing up. Everything from the good old noogie to the pink belly to chasing each other with dog poop on the end of a stick.

Okay, so it’s not the most sophisticated thing I’ve ever written.

But I have a lot of good childhood memories with my brother, and almost every one of them involves some creative way we used to antagonize each other; so I gathered them up and, because there was no good name for horsing around with a sibling, I made one up: Bro-Jitsu.

The book came out a few months ago and I was excited. When the reviews started coming in, I was, well, I guess I was sort of proud and bemused when The School Library Journal said there was “real potential for damage.” And I was outright confused when Wired’s GeekDad called the book a “potential powder keg in the hands of a twelve-year-old boy.”

They make it sound like I wrote some kind of Al Qaeda training manual for children, but I’m pretty sure I wasn’t the only kid who ever body slammed his brother onto the couch. I mean, as the author of Bro-Jitsu, I’m not claiming to have invented goobering around with your siblings. I’m just the messenger, here. The core moves that young humans (and to a lesser extent, young monkeys) have used on each other haven’t changed for millennia: it’s running after your siblings, running away from them, and telling on each other. Offense. Defense. Psychological. That’s the whole thing in a nutshell.

So what are the librarians and geeks so afraid of?

I got my first hint while watching my infant daughter get poked in the face by her slightly older but still just as slobbery cousin. The jaded brother in me was saying “Dude, you poked your little brother in the eye like a million times and he’s a jet pilot now.” The parent in me wasn’t saying anything, he was just hissing like a feral cat at that pudgy armed nine-month-old and her killer fingers.

So, okay, sibling fighting is a deeper issue when you approach it from the parental side.

But after some deliberation, I’ve come to believe that Bro-Jitsu (or sibling horsing around, or whatever you want to call it), is not just some kind of necessary evil – it’s a totally awesome and fundamental part of life, with a huge impact on what kind of adults we become, and in turn, what kind of parents we become.

Obviously, things have changed since I was a kid in the eighties. In the last few decades, the role between adults and children has evolved to become more safe, more positive, and much more politically correct. The days of getting a paddling at school are over, and the days of wobbling helmets and excessive padding have arrived. Thing is – the world may be nicer, but children haven’t changed. Empires will rise and fall, social conventions will come and go, but I’m convinced that learning to burp into your brother’s face just as he inhales is a skill that will never lose its intrinsic value.

Despite what some parents might think – participation in Bro-jitsu is mandatory. Your brother or sister will kick your butt in new and inventive ways nearly every day of your childhood. But that’s great! The simple fact is that to properly form a lifelong bond of brother or sisterhood, human beings must aggravate each other, push each other around, and bother the heck out of each other.

Friends and sweethearts may come and go, but your siblings are going to stick around for the rest of your life. This is the great and paradoxical reward for a lifetime of proper Bro-jitsu: Via countless cheap shots, scathing jibes, and the blackest artifice we gradually form a sacred bond of deep trust and grudging respect with our brothers and sisters.

And it’s not just our sibling relationships that are affected.

Fighting tries the patience, pain thresholds, and physical stamina of children. Most brothers and sisters may not realize it, but wrestling, jostling, and sticking fingers into each others’ ears is part of a crucial training regimen that leads to strong bones, muscles, and, uh, eardrums. All the wrestling, taunting, goading, telling, and tripping helps us figure out our own physical and mental limitations, as well as how far to push the limits of others. Without pushing each other over the limit, how could we ever figure out where they are at?

And we don’t just forget these epic battles once childhood is over. Lots of us grow up to be parents. And as a parent with a long and extensive history in Bro-jitsu, you’ve automatically got valuable insight and a considerable advantage when the time inevitably comes to act as a parental referee for fights between your own children. How else will you see through poorly delivered fibs, catch sloppy, behind-the-back goads between two kids, or deftly separate lazy squeals from real cries for help?

Who really pinched who, here, dammit?

What I decided to call Bro-jitsu is a funny thing – it is at once a daily occurrence for billions, and also an intensely personal family interaction. Scrapping and fighting and fooling around with your siblings while being watched over by your parents is a huge part of what makes us into the people we are. The gross and dangerous and sometimes scary interactions that we have with our brothers and sisters are important, they are good for us, and yes, sometimes they involve chasing each other around with dog poop on the end of a stick.

I did my time, and now I can’t wait to see what kind of parental referee I’ll make. 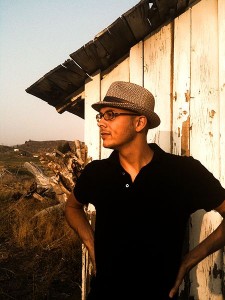 Daniel H. Wilson was born in Tulsa, Oklahoma and received a B.S. in Computer Science from the University of Tulsa. After earning a Ph.D. in Robotics from Carnegie Mellon University in Pittsburgh, he moved to Portland, Oregon where he has authored five books, including his latest title Bro-Jitsu: The Martial Art of Sibling Smackdown. Daniel’s first works of fiction, Robopocalypse for adults and A Boy and His Bot for young adults, will be published next year. His popular book How to Survive a Robot Uprising: Tips on Defending Yourself Against the Coming Rebellion was published in 2005.