I used to laugh until I cried when I listened to Bill Cosby’s routine when I was growing up. I was not a parent, yet, but as a child his portrayal of parent’s was dead on. Now that I have a kid I still laugh until I cry because everything he describes about parenthood matches my experience thus far. All the contradictions and all the moments in which you have to remind yourself that you are dealing with a child and not with another adult are described down to the detail the same way I have gone through the initial stages of daddyhood. 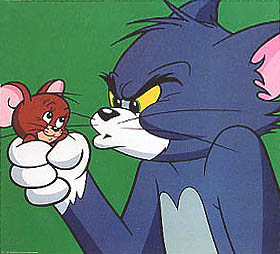 The way a child can infuriate you and melt your heart into putty all in the span of a split second is the craziest thing I have ever witnessed and experienced in my life. Whether it is a genetic coping mechanism that children have hard wired into them or a gift they pick up in a very short time period right after they are born is not something I am privy to knowing. I find myself often exasperated with my son’s stubbornness in any given situation and close to tearing my hair out and screaming bloody murder (see above quote) when he’ll throw his arms around my leg or give me one of his gleeful giggles – and I’m toast. So what if the couch was turned into a Jackson Pollock, I never liked that mug anyway, we really needed a new clock radio and so on and so forth.

For now the excuse is always, “he’s still too young to know any better…”, but that will not fly for much longer. Already my wife and I have adopted the accusatory adjective “your” as in: “Do you know what your son just did?” So before we go down that slippery slope we should probably starting making sure he learns who’s boss (yeah right!). It is really hard to discipline a toddler, though, when he is making funny faces and hugging you or worse laughing (at you?). The “innocence” of the young is so disarming that for a novice like myself it really rattles your game. Even when two parents are actually coordinated and are working in tandem on teaching a child “wrong from right” breakdowns are common and as one parent falls the other is often close behind.

The restraint and infinite patience that is necessary makes “cracking” even more unnerving to me because there are moments in which the tantrum or the “no, no, no” is so grating that I just want to roar at him like in the cartoons with all the air coming out of my mouth making my son whimper into submission. Instead, much like in the cartoons that I remember, it’s as if by batting his eyes or smiling lovingly at me he takes out a huge pacifier and sticks it in my mouth.

I figure I better start practicing for the inevitably harder challenges that lie ahead that will need discipline for things that go beyond spilt milk. In the meantime, my wife and I should think of using a coin toss to determine if he is my son or hers on a case-to-case basis or we could to alternate.