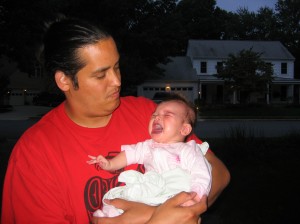 In part of my responsibilities as a member of the Dad Revolution, I will be contributing. Our first post is kind of a ‘get to know you’ defining the relationship kind of post. That said, I have no clue what to write. So I sat down and asked myself some questions because it’s only crazy to talk to yourself if you don’t have some kind of agenda. When I was approached on joining, I was surprised. I’ve been in the blogging game for a second, but as far as the ‘daddy blog’ genre, not long at all. I started TheLameSauce.com in February, slapped some graphics together and BLAMMO, it’s Lame. I started it for a few reasons: 1) to have an excuse to journal, share my experiences with family, 2) to continue the connection that my wife and I have with a community of people for ModernBirdStudios.com and 3) cut it up, and do what I do best when it comes to blogging: Self deprecating honesty transformed into identifiable humor in the world of parenting. Jeez, that’s a mouthful.

In order to truly appreciate parenthood, you must be in the trenches. Those late nights, the changing of the diapers, the application of rash cream on baby bits, the long cries. I’d even go so far as to mention the literal birth of the child. The thrusting a child from loins of mothers. A good husband is horrified by it, but a good father is in awe of it. Bringing a child into the world, even by proxie (because lets be honest, Dad, you’re not really doing anything but standing on the sideline), is an event. It’s done all over the world, all the time, throughout the history of man, but in that one moment to you and your significant other, it’s all you. It’s the biggest thing to ever happen. Or it should be. Put yourself in check if it’s not because seriously, it’s huge. 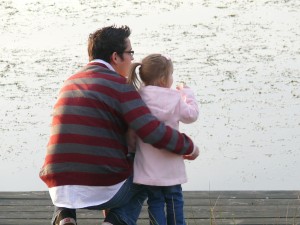 Over the years things have progressed nicely in the man/woman debate. I feel as though Mothers are more celebrated and revered. Sure, kids always love their Mom’s, but Dad’s are chiming in with their support and encouragement. Dad is beginning to figure out that he too can jump in and change diapers, help with dinner, clean the dishes and kiss boo boos. While we’re still predominately clueless, most of us are getting it.

Living in the Washington DC area, I have a bad commute everywhere. When I was working for ‘the man’ I was spending 2-3 hours one way to get to work (30 miles). As a Dad and Husband, I learned quickly that my 2 hour commute home needed to be used to ramp up and walk through the door with the switch ON. It really doesn’t matter if I was berated at work, spent long hours in front of the computer doing my work with deadlines, layoffs and office politics looming over my head. That has NOTHING to do with what happens in my home and what will happen if I don’t gird up and turn that switch ON. I’m a happier man for it, believe me! 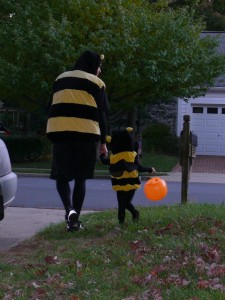 So this brings me to the Dad Revolution. What is it? Do fathers need to be celebrated? Maybe, but not in the way you’re thinking. Mom’s have to take the brunt of things. At the very very least, they are having to put their body through the kind of endurance only a character actor like Robert DeNiro understands with the growing, stretching, pushing and shrinking. It all happens, and multiple times with multiple children. Dad’s are spectators in this respect standing idly by all slack jawed. I don’t think the Revolution is to take away from that. I think the Revolution is a new generation, a more prominent Revolution of Father’s taking ownership of the things that matter. Better Dads! More hands on! But I also think the Revolution is partly getting credit where credit is due! There is more than an excellent chance that we don’t compare to the effort our wife’s put out, however, I know I’m doing the best I can do and think that it’s better than many men. Love us, praise us and show us love. I can guarantee that a good man will return the favor. Next thing you know you’re complimenting the s**t out of each other, making each other feel all warm and fuzzy and then….you end up with another child and begin the process all over again. It’s a vicious circle.

I’m pretty stoked about father hood, and frankly, about marriage too. I have my idiot moments and do my best to exploit them in such a way that maybe you’ll laugh, or cry, or cease to follow me on Twitter. At least I’m honest. I’m also pleased to be part of the Dad Revolution.